With so many places to visit, it might sometimes feel hard to know where to start your European exploration.

At Passport Photo Online, we’ve ranked Europe’s 15 most-visited tourist attractions based on the number of yearly visitors (before COVID-19) to help narrow down your options.

With 20 million visitors annually, the Hofburg is one of the most popular tourist attractions.

Located in the heart of Vienna, it served as the country’s imperial palace for centuries. Today, it’s home to several museums and cultural institutions.

But—the Hofburg is more than just a pretty piece of architecture; it also has a rich history:

As such, the Hofburg reminds us of Austria’s imperial past and dark years under Nazi rule.

Situated in the heart of Paris, Notre Dame is one of the most iconic Gothic cathedrals in the world. It draws in 14 million visitors annually, making it the second most-visited tourist attraction in Europe.

But there’s more to Notre Dame than meets the eye. Here are some fun facts about the famous cathedral:

Whether you’re admiring its sprawling facade or marveling at its stained glass windows, visiting Cathédrale Notre Dame is an unforgettable experience.

This 18th-century neoclassical monument is one of the most famous landmarks in Berlin and all of Germany. Over 12 million people visit the Brandenburg Gate each year.

Originally built as a triumphal arch to celebrate the victories of Prussian kings, Brandenburg Gate has since become a symbol of German unity and freedom.

Located in the heart of Berlin, the gate is surrounded by a wide boulevard popular with tourists and locals alike. Visitors can climb to the top of the gate for an incredible view of the city or simply enjoy a stroll through the nearby park.

No matter how you want to experience it, the Brandenburg Gate will leave a lasting impression.

​​St. Peter’s Basilica is one of the largest churches in the world and the centerpiece of Vatican City, receiving 10 million visitors a year.

The basilica is home to some of the most sacred relics in Christianity, including the tomb of Saint Peter himself.

Even if you’re not religious, it’s hard not to be awestruck by the grandeur of this incredible building.

The Palace of Versailles is one of the most iconic buildings in France.

The royal palace was built in the 17th century for King Louis XIV serving as the French government’s seat for over a century.

Today, the palace is a popular tourist destination enjoying 10 million yearly visitors. Tourists get to tour the opulent state rooms, gardens, and chapel.

The Palace of Versailles is a magnificent example of French architecture, and it’s well worth a visit if you’re in France.

The Louvre is the world’s largest art museum and a historic monument in Paris. It’s one of Europe’s most popular tourist attractions, with over nine million visitors annually.

Located in the heart of Paris, the Louvre is home to some of the most iconic works of art in history, from the Mona Lisa to the Venus de Milo.

The Louvre also comes with a rich and fascinating history.

Originally built as a fortress in the 12th century, the Louvre has been expanded and renovated numerous times. Today, it stands as a symbol of French culture and ingenuity.

Located in Rome, Italy, the Colosseum was built over 2,000 years ago and is considered one of the greatest feats of engineering in the ancient world. Today, it’s also one of the most popular tourist destinations in Italy, attracting 7.6 million visitors each year.

The Colosseum is a massive elliptical structure made of stone and concrete. It has 80 arches and is supported by hundreds of columns. It’s believed that it could once seat up to 80,000 people.

The Colosseum was used for various entertainment purposes, including gladiator fights, animal hunts, and public executions. It was also known as a venue for Christian martyrs, who were often killed in front of large crowds.

The Eiffel Tower is located on the Champ de Mars in Paris, welcoming 7+ million visitors annually.

Constructed in 1889, the tower was initially built as a temporary exhibit for the World’s Fair.

The Eiffel Tower’s popularity soon made it a permanent fixture of the Paris skyline.

Whether you’re admiring it from the ground or soaking up the views from atop, there’s no denying that the Eiffel Tower is a must-see masterpiece.

The Pantheon is one of the most iconic buildings in Rome.

This ancient temple is a remarkable feat of engineering, with a massive concrete dome standing for almost 2,000 years.

The Pantheon is also important for its architectural style, which countless architects have imitated over the centuries.

But what makes the Pantheon stand out is its history.

It was once a pagan temple dedicated to all the gods of the Roman pantheon. But after Rome converted to Christianity, the Pantheon was repurposed as a church.

Today, it remains an active place of worship and a reminder of the city’s long and fascinating history.

With its rich history and breathtaking artwork, it’s no wonder the Sistine Chapel is one of Italy’s most popular tourist destinations, welcoming six million visitors a year.

The stunning artwork and architecture are a sight to behold, and the chapel’s history is fascinating.

Located in Vatican City, the Sistine Chapel was built in the 15th century by Pope Sixtus IV. It quickly became one of the most critical places for Christianity, serving as a site for papal conclaves and other ceremonies.

Today, it’s best known for its ceiling, painted by Michelangelo between 1508 and 1512. The chapel is also home to many other notable works of art, including paintings by Botticelli and Perugino.

11. The Leaning Tower of Pisa, Italy

The Leaning Tower of Pisa is a freestanding bell tower in Pisa, Italy.

It’s famous for its unintended tilt, caused by the soft ground on which it was built. Despite its instability, the tower has remained standing for over 800 years.

It’s now one of the most popular tourist attractions in Europe, with five million visitors annually.

You can climb to the top of the tower (for a fee) and enjoy views of the city.

The Milan Cathedral is a Gothic structure that took nearly six centuries to complete. The cathedral is dedicated to Santa Maria Nascente and is the seat of the Archbishop of Milan.

The exterior of the cathedral is decorated with 3,400 statues and 135 spires. The interior is no less impressive, with a vast nave 157 feet high, making it one of the tallest cathedrals in the world. Visitors can also climb to the cathedral’s roof for breathtaking views of Milan.

With its intricate architecture and fascinating history, the Milan Cathedral is a must-see for any traveler to Italy.

The Sagrada Familia is a large church located in Barcelona, Spain.

It was designed by architect Antoni Gaudí and is considered one of his most famous works.  Construction of the church began in 1882 and is still ongoing. Despite its unfinished state, the Sagrada Familia is one of the most popular tourist attractions, with 4.5 million visitors annually.

You can explore the interior of the church and see its unique architecture.

Standing at the height of 443 feet, it’s the tallest Ferris wheel in Europe that offers 3.5 million visitors stunning views of London.

Tourists can enjoy a leisurely ride in one of the 32 capsules, each of which can accommodate up to 25 people. As the wheel turns, riders are treated to panoramic views of some of London’s most iconic landmarks, such as Westminster Abbey, Buckingham Palace, and Big Ben.

The London Eye is a must-see for any visitor to the city and is a great way to get an overview of all that London has to offer.

The Reichstag is easily recognizable with its massive glass dome and striking architecture.

The building was originally constructed in 1894 to house the German parliament and played an essential role in the country’s politics for decades.

The Reichstag was largely destroyed by fire in 1933, and it wasn’t until after the fall of the Berlin Wall that the building was restored.

Today, the Reichstag is once again home to the German parliament, and it remains a symbol of Berlin’s rich history.

There you have it!

A ranking of Europe’s 15 most visited attractions to help picking your next destination a breeze.

Have you been to any of the places we’ve discussed? Which one is on your bucket list?

Finally, before we’re over and out, here’s also a look at which countries have the highest number of most popular tourist attractions.

To construct this ranking, Passport Photo Online looked at several publicly-available datasets and ranked Europe’s 25 most popular tourist attractions based on the number of visitors they received before the pandemic. We then trimmed down the list to just the TOP 15 to give travelers a list of crème de la crème attractions to visit.

Did you like our ranking? If so, feel free to share it with your audience. Just remember to mention the source and link back to this page. 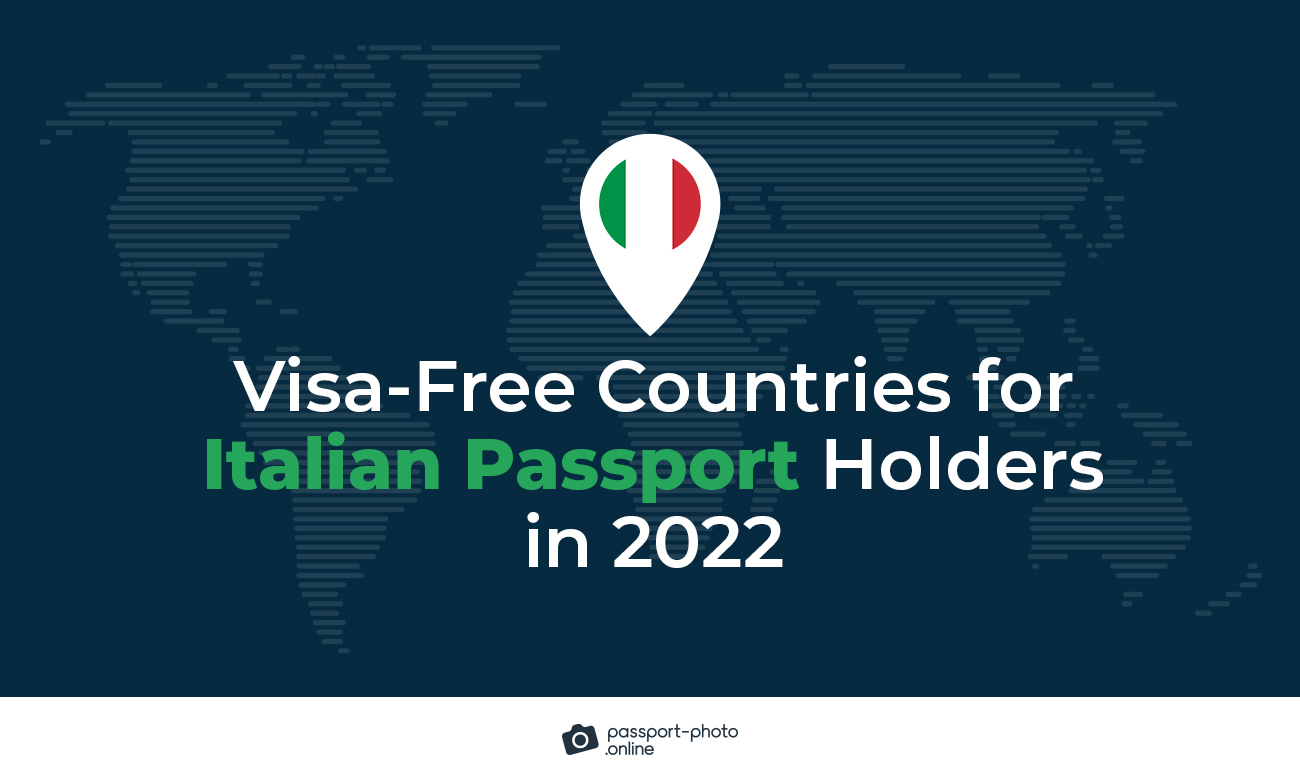 Published on 5 days ago 5 min read 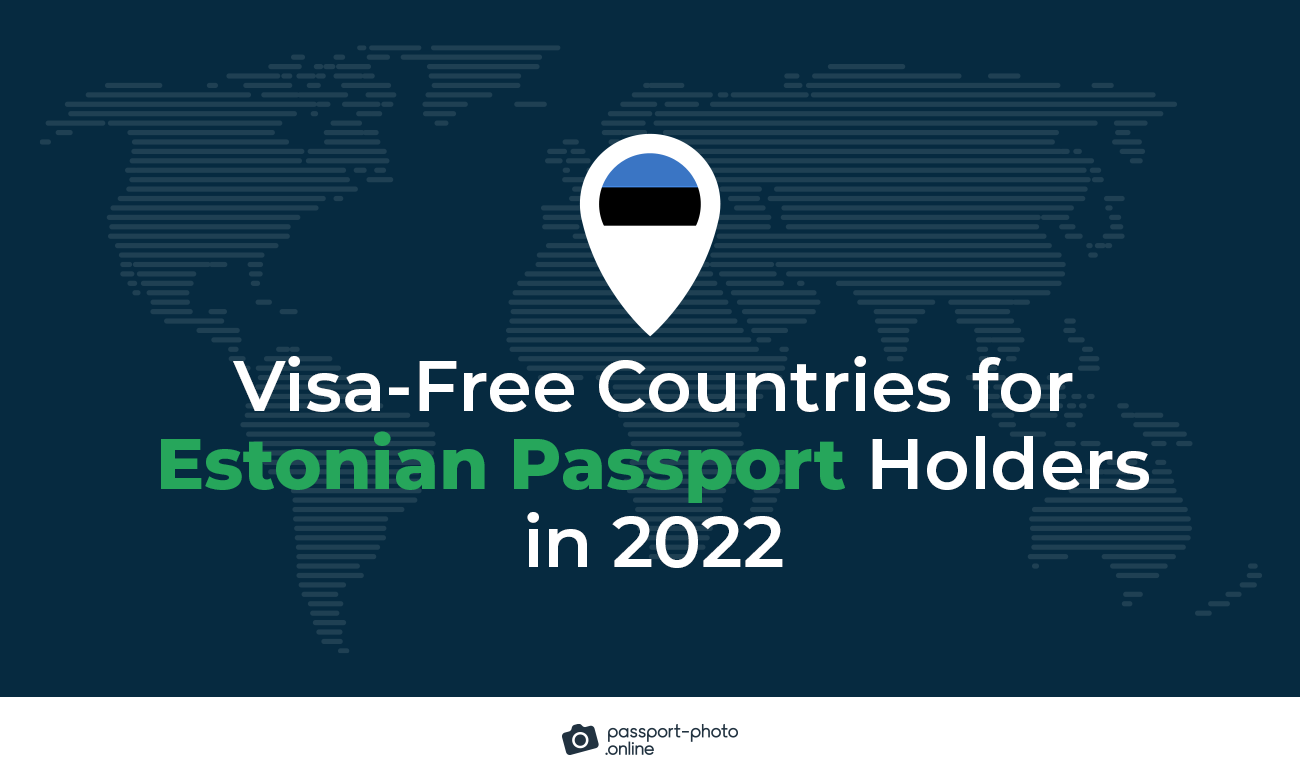 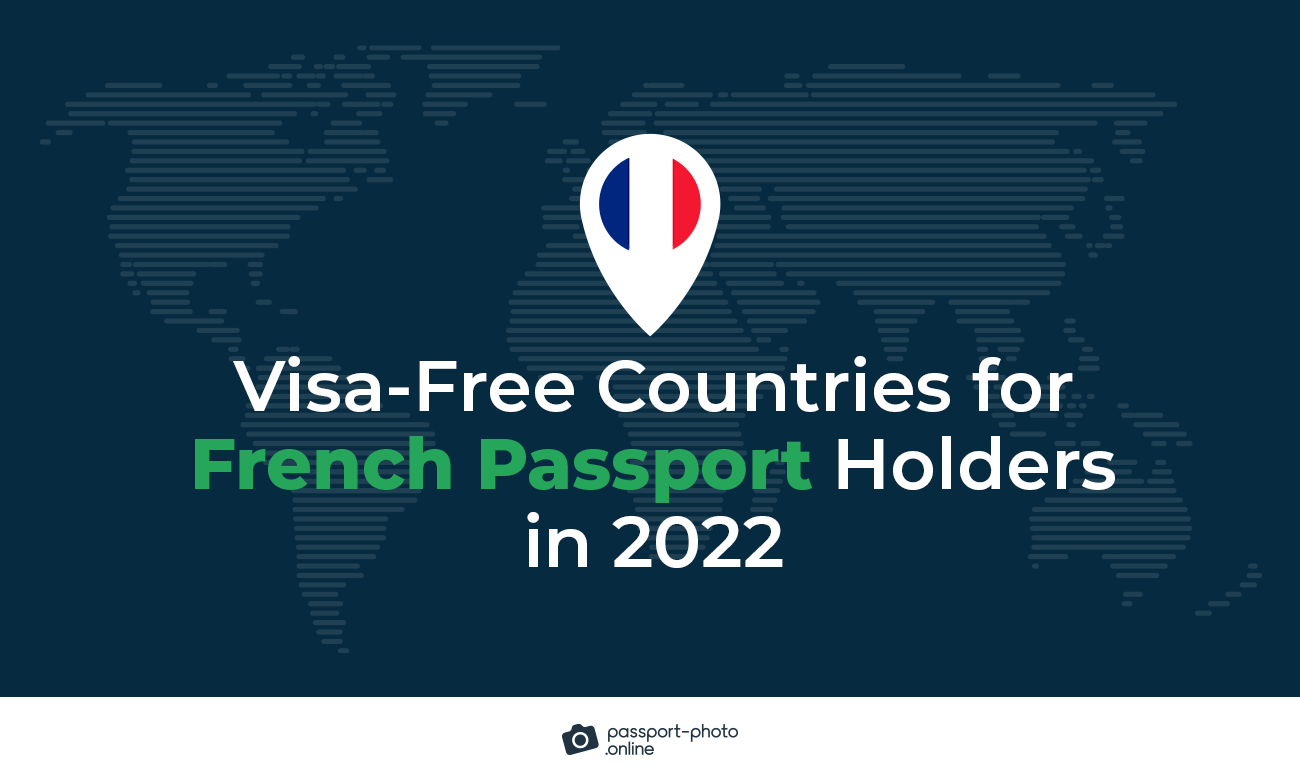 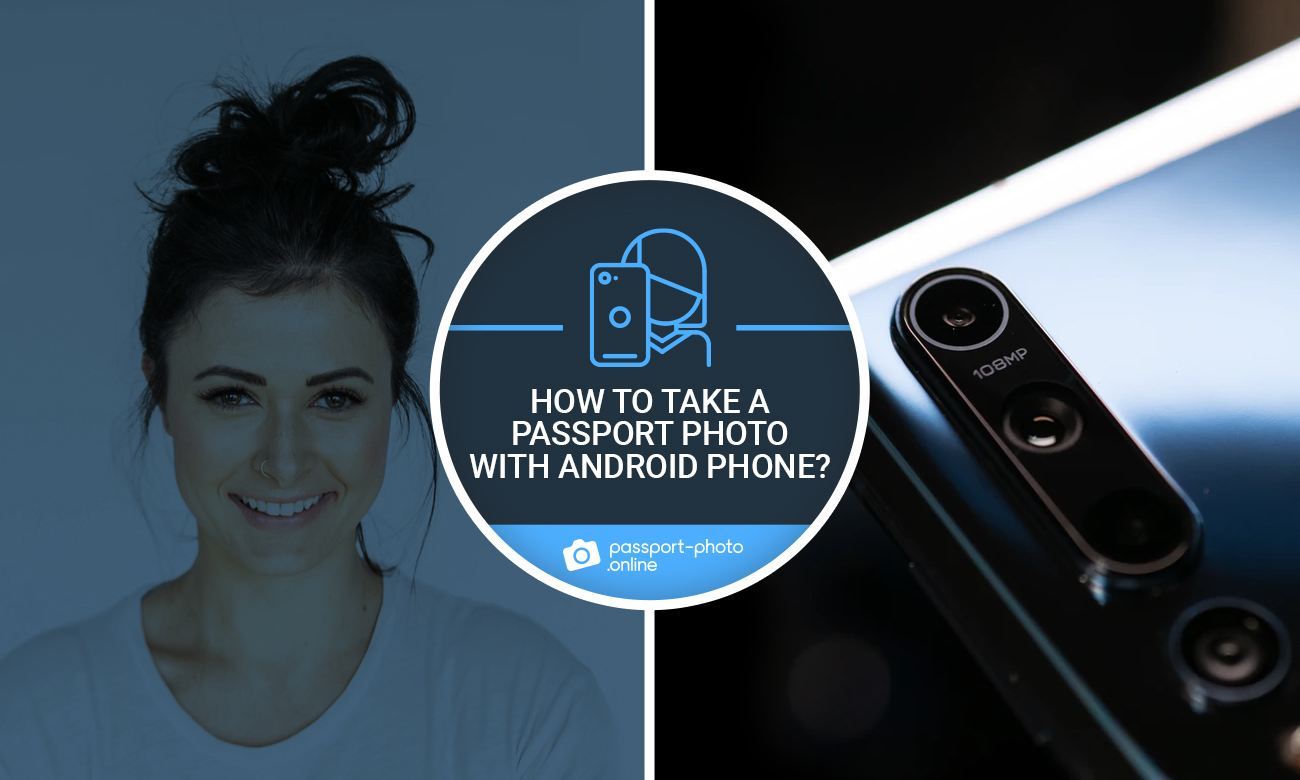 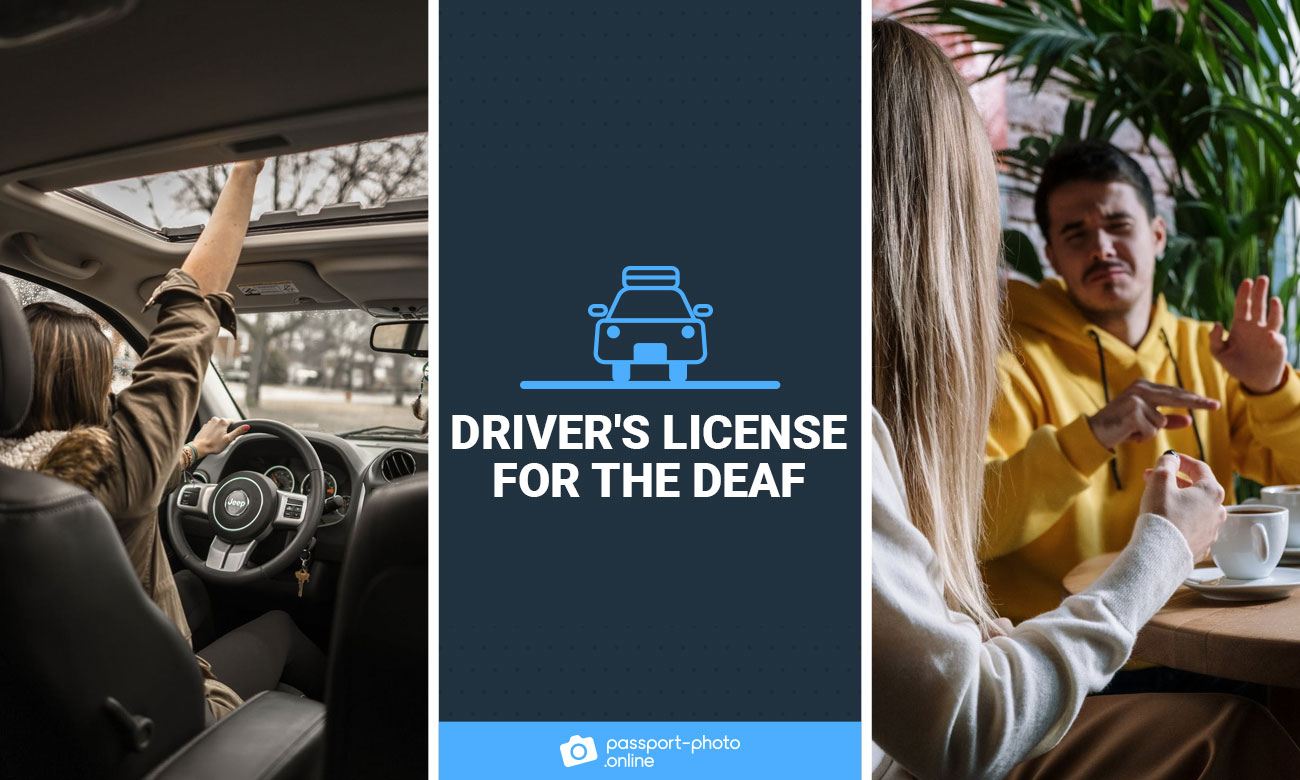 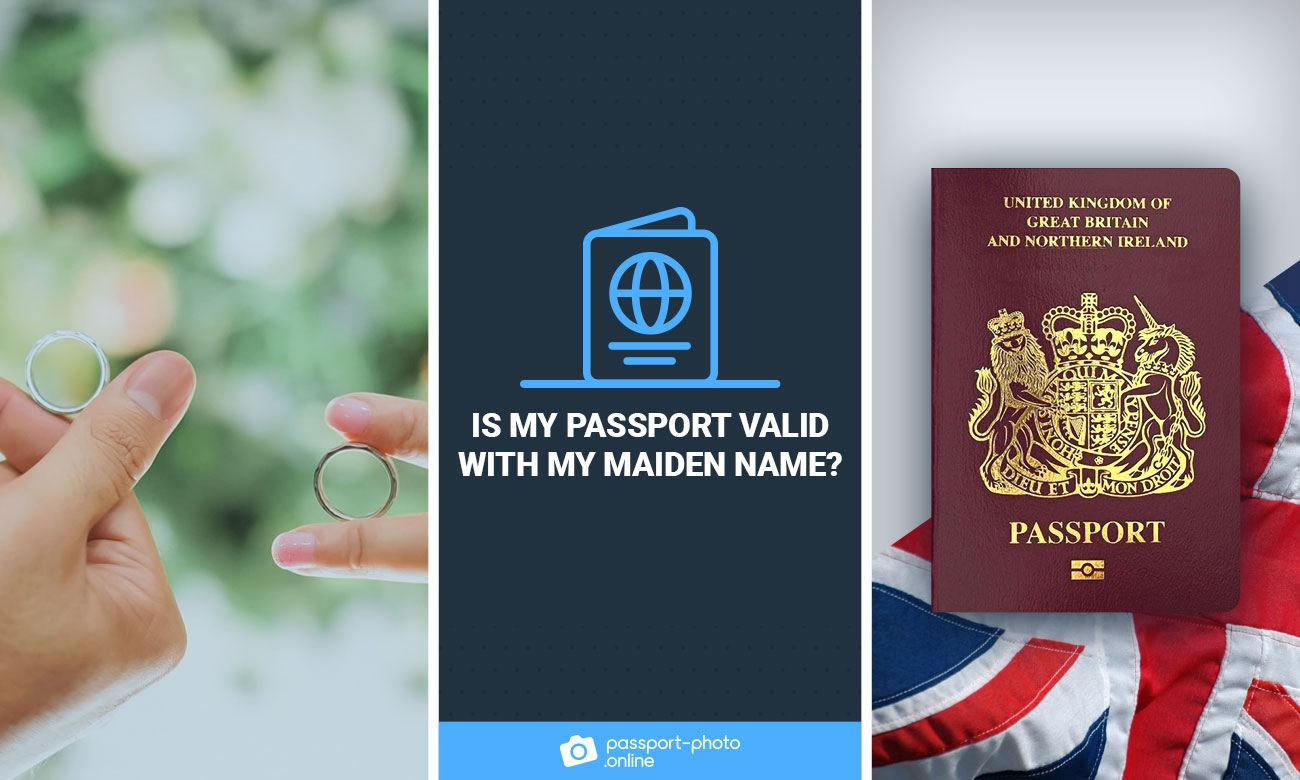